Should he send back to custody again?

Should he send back to custody again?

More often than not this question comes to the mind of every person that once a person a granted bail, he cannot be send back to the prison and he can use his freedom the way he wishes. But now a day’s more number of cases for cancellation of bail are coming forward because the accused while taking bail swears to abide by the express terms and conditions if any imposed or even otherwise he has to abide by the implied conditions of the Criminal Jurisprudence but since the accused forget the conditions be it implied or express, which makes the other party to move an application for cancellation of the bail. 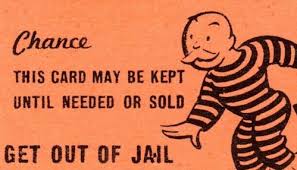 But now the question comes that cancellation of bail is as easy as the granting of bail, the answer to the question is big NO as held by Hon’ble Supreme Courts in number of cases and reason for the same that once a bail is granted it should not be cancelled in a mechanical manner without considering whether any supervening circumstances have rendered it no longer to conductive to a fair trail to allow the accused to retain his freedom by enjoying the concession of bail during trail.

Now we see why the accused is required in custody because he should be presumed to be innocent unless proved guilty and that the law works on the principle of bail not jail, but then the question comes that even after applying these principles the court comes to know that the accused is taking law into his hands and interfering the fail trail by tampering with the witness or indulges into some criminal activity, the court has a reason to cancel the bail.

Following are the grounds as laid down by Hon’ble Supreme Court in Abdul Basit Vs. Abdul Kadir Chaudhary, 2014 (4) JCC 2810 held that U/S 439 (2) empowers the High Court to direct any person who has been released on bail under chapter XXXIII of the Code to be arrested and committed to custody, i.e. the power to cancel the bail granted to an accused person:-

The grounds mentioned are not exhaustive and merely illustrative. Therefore the accused are not to misuse the express as well as implied conditions imposed by the court and should not interfere in the due process of the court.