If you a loan defaulter or just missed few installments of the loan or your financial condition is poor that you are not able to pay the loan amount back to the bank. The bank employs various recovery agents to harass you as a measure to recover back the loan amount due upon you, these agencies are spread all over Delhi and even abuse you in front of your family members and relative, or they can even call you and your relatives at odd hours and start abusing, these are unlawful tactics adopted by the agencies of the bank. 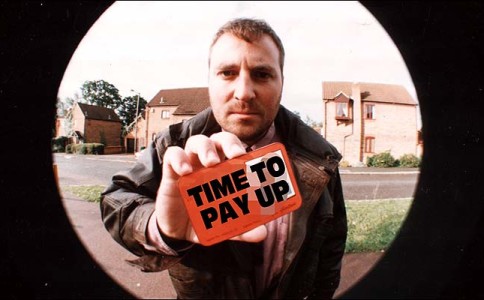 Recently RBI has also issued certain guidelines to curb this issue which can be accessed here. A formal complaint to RBI is also one solution a person can opt.

A man’s self respect, stature in society are all immaterial to the agent who is only primed at recovery. This is the modernized version of Shylock’s pound of flesh. No explanation is given regarding the interest charge and the bank takes cover under the guise of the holder of the card or loan having signed the agreement whose fine print is never read or explained to the owner. ? When a harassed man approaches the Court or the police station he is not armed with a recording phone and finds it difficult to give evidence of the abuse he has suffered. Here the bank gets away with everything. Young and Old members of the family threatened on streets, institutions and also at home at godforsaken hours by these agents who have the full support of their contractor bank. The stance taken by the bank in any suit alleging such incidents is that no such agent has been appointed by them or their agents do not misbehave in the manner aforesaid and if found guilty the agents have to bear the cross and the bank gets away scot free.

?Using of the abusive language for recovery is the norm of the day for most nationalized or multi national bank or non-nationalized bank. Though some are smart enough to record the abuse and proceed to establish the same through Court of Law, most of them are unfortunate not to have recourse to it. Such people form the majority and such litigations are pending in large volumes before the Civil and Consumer Courts. Again the banks escape liability since these agents are not salaried employees of the bank and hence not directly liable for anything. ? Taking it from the angle of the common man the inflow of software money and high salaries has resulted in uncontrolled expenditure. Rather than utility it is a fashion to carry a card for it makes a statement depending on the type of card one carries. ? To maintain ones image one pays the price of utilizing the card without realizing that even a single day’s delay in payment results in more than 100 to 200 rupees being charged as default and penalty charges, which if accumulates over a month, results in the charges exceeding the actual payment due.

If the agents of the bank illegally entered into your house.

A complaint of extortion

if the agents forcefully recover the amount under threat.

How much may be the loan default, the bank should opt for legal ways like the use of SARFAESI act for the recovery of debt and resort to unlawful means by employing goondas and mawalis to recover the debt due.

I have facing the bank recovery harasment problem pls sugest me