How to Fight False Dowry case in India

How to Fight False Dowry and Maintainence case in India

In India the matrimonial laws are misused more often than to be used by those women who have genuine concerns.

The number one reason why wife opts for false dowry cases against her in laws  is Money. If wife is selfish and instigated by her family the wife choose to live a life sucking savings of husband by harassing husband family and under pressure a husband bow down to the pressure and pay maintenance or settle with wife with an exorbitant package.

Family issues If wife wishes to reside separately from husband and by filing such cases the wife wants to put pressure on husband to move out from husband family. 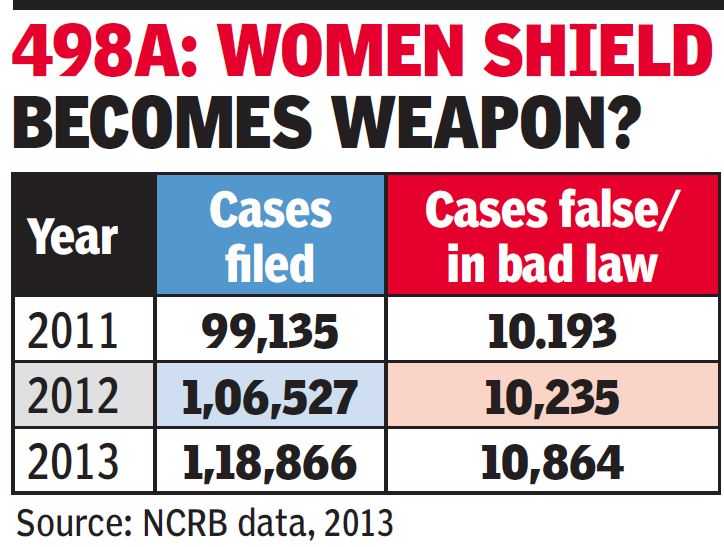 Strategy to fight False 498a case

Consider Quashing of 498a

These days its quite an easy tasks for women to register a FIR by attributing allegations of cruelty and a case is registered and thereby the husband and his family members has to go harassment and torture. Now one remedy is available for them which can relieve them from all the harassment and torture and that is quashing of FIR under 482 CrPC. But this remedy is generally very sparingly and rarely exercised by the courts. Generally allegations of cruelty are mentioned in the FIR and based on this FIR is lodged but sometimes police forgets that in the cases of 498a general allegations of cruelty does not stand, the allegation must qualify either of the two parts as envisaged in section 498a.

First part is that the harassment which can be physical or mental is of such a nature that it could cause women to put her under grievous hurt or she may even commit suicide based on such harassment, therefore only gravest form of harassment are covered, but less graver form of harassment can be used in civil suit for divorce. if the FIR does not satisfy this ingredient the Fir can be quashed as held

In order to understand the meaning of the expression `cruelty’ as envisaged under Section 498A, there must be such a conduct on the part of the husband or relatives of the husband of woman which is of such a nature as to cause the woman to commit suicide or to cause grave injury or danger to life, limb or health whether mental or physical of the woman.

Here are some judgments in which the Interim Maintenance was reduced-:

Mohd. Zafarullah Khan vs Yasmeen Khan And Ors. on 3 November, 1989

11. Now on facts, the wife is working as a beautician and earning something. So far as the minor daughters are concerned, the petitioner has earned a huge amount staying in foreign countries and it is not difficult for him to pay at least Rs. 500/- per month to each of his daughters according to the status of the minor daughters which they enjoyed prior to the separation of their parents. It is the common ground of the wife that the husband is screening the properties while the husband pleads that he has to maintain his old parents and unmarried brothers and sisters. Having regard to the facts and circumstances of this case and considering the potentialities and status of the parties, I think Rs. 500/-per month each to respondents 2 and 3 would be the reasonable amount towards their maintenance pending disposal of the suit.

12. The order of the lower Court granting Rs. 2.000/- per month to the 1st respondent herein for a period of 3 months i.e., Iddat period as interim maintenance, is set aside as the same has to be determined after a full dressed trial at the time of the final disposal of the suit. The interim maintenance granted to respondents 2 and 3 is reduced to Rs. 500/-per month each.

11.In the facts and circumstances of the case and arguments advanced by the learned counsels on either side and on perusing the impugned order of the learned Judge, this court is of the considered opinion that the maintenance amount of Rs.3,000/- granted by the trial Court without ascertaining the income of the petitioner is not justified. Further, the learned Judge awarded Rs.15,000/- as litigation expenditure, which is also on the higher side. As per counter statement filed by the revision petitioner it has evident that he is earning Rs.6000/- per month. Therefore, this court grants a sum of Rs.2000/- as monthly maintenance to the respondent/wife payable by the revision petitioner from date of interimmaintenanceapplication i.e., 02.06.2010 till date. Further, this court reduces the litigation expenditure payable to the respondent/wife from Rs.15,000/- to Rs.7,000/-. The said amount shall be paid by the revision petitioner within a period of one month from date of receipt of this order, as this is found to be fair and justifiable. This court further directs the learned Subordinate Judge, Karur to dispose of the H.M.O.P.Nos.129 and 139 of 2009 within a period of three months from the date of receipt of this order, without being influenced by the discussions of this court.

The facts of the case is an relevant aspect along with evidence to fight false dowry cases.