Conditional Anticipatory Bail in 498a

Complainant father in law released on anticipatory bail and petitioner, mother in law granted bail on condition of depositing Rs. 50000 by way of demand draft in the name of complainant complainant husband already paid Rs. in addition to deposit of Rs.1.25 lakh and she is disinterested in receiving Rs, 50000/- Both parties earning well and in dispute in ither fora condition of petitioner to pay complainant Rs. 50000/- set aside. 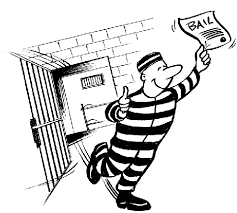 From the perusal of the provisions of sub-section (2) of section 438, it is evident that when the High Court or the Court of Session makes a direction under sub- section (1) to release an accused alleged to have committed non-bailable offence, the Court may include such conditions in such direction in the light of the facts of the particular case, as it may think fit, including (i) a condition that a person shall make himself available for interrogation by police officer as and when required, (ii) a condition that the person shall not, directly or indirectly, make any inducement, threat or promise to any person acquainted with the facts of the case so as to dissuade him from disclosing such facts to the Court or to any police officer, (iii) a condition that the person shall not leave India without the previous permission of the Court and (iv) such other conditions as may be imposed under sub-section (3) of section 437, as if the bail were granted under that section. Sub-section (3) of Section 437, inter alia, provides that when a person accused or suspected of the commission of an offence punishable with imprisonment which may extend to seven years or more or of an offence under Chapter VI, Chapter XVI or Chapter XVII of the Indian Penal Code or abetment of, or conspiracy or attempt to commit, any such offence, is released on bail under sub-section (1), the Court shall impose the following conditions-

(a) that such person shall attend in accordance with the conditions of the bond executed under this Chapter,

(c) that such person shall not directly or indirectly make any inducement, threat or promise to any person acquainted with the facts of the case so as to dissuade him from disclosing such facts to the Court or to any police officer or tamper with the evidence.

The Court may also impose, in the interests of justice, such other conditions as it considers necessary.

Conditions which can be imposed

It is well settled that while exercising discretion to release an accused under Section 438 of the Code neither the High Court nor the Session Court would be justified in imposing freakish conditions. There is no manner of doubt that the Court having regard to the facts and circumstances of the case can impose necessary, just and efficacious conditions while enlarging an accused on bail under Section 438of the Code. However, the accused cannot be subjected to any irrelevant condition at all. The conditions which can be imposed by the Court while granting anticipatory bail are enumerated in sub-section (2) of Section 438 and sub- section (3) of Section 437 of the Code. Normally, conditions can be imposed

(i) to secure the presence of the accused before the investigating officer or before the Court,

(ii) to prevent him from fleeing the course of justice,

(iv) restricting the movements of the accused in a particular area or locality or to maintain law and order etc. To subject an accused to any other condition would be beyond jurisdiction of the power conferred on Court under section 438 of the Code.

The condition imposed by the High court directing the appellant to pay a sum of Rs.12,500/- per month as maintenance to his wife and child is onerous, unwarranted and is liable to be set aside.

The Hon’ble supreme court in recent judgement set aside condition of deposit of Rs. 500000/- compensation to wife as part of condition to bail in case of by supreme court.

It depends on discretion of the judge