As you plead the leave to defend under s.251 CrPC as I explained in previous part.The next step is to file an application under 145(2), which is recalling the complainant witness.Since complainant can give the evidence only once to speed up the trial so the next step of complainant is to cross examine itself with the facts. Here it is advised to ask leading questions which may discredit the complainant case.This is the point and an opportunity to change the presumption and views of the judge.Under s.139 the burden of proof is on defendants.So this is an opportunity to shift the burden of proof. This is the point where the real truth comes into picture. 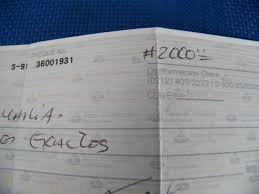 Now the next step is for the defense to file its evidence.The contentions raised and things discredited during cross examination phase can be proved when defense filed its evidence.

Final arguments are heard and judgement is pronounced. If there is a gut feeling that the accused can win the case or if accused is legally right.The mood of court is in favor of accused.Then never do compromise fight and win!!!