Patents when granted form a property for the Patent holder, bestowed with several rights and monopoly over the invention. A patent forms an Intellectual capital for a firm and an asset for an individual. 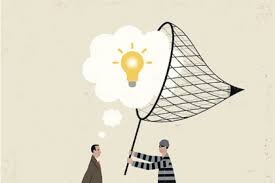 Like any other movable property, A patent can be conveyed to other person for a consideration and as per the terms of an agreement. With transfer of patent rights in the patent also gets transferred. some of the rights are-:

Right to use patented process.

Right to give license.

Right to file a suit for infringement.

Types of owner for a patent.

Employee-Employer-Suppose an employee of a firm invents a product as a part of its duty then the ownership of the patent is in the name of that firm if there is an agreement between an employee and the employer.

Non inventor owner-: A person who is not an inventor of the invention becomes owner by the way of contract between the inventor and that individual.

The Critical Analysis of Novartis V Cipla Case Verdict by Supreme Court.
In a landmark judgment that has the potential to change the direction of India’s pharmaceutical business, The Supreme Court denied that the drug Glivec  manufactured by the pharma giant Novartis is qualified for getting patent in India.
A Brief about the Facts in Issue
Novartis a Swiss based pharmaceutical company filed a patent application in the year 1997 to grant patent to its drug named Glivec which was a critical drug used for the treatment of leukaemia on the ground that it invented the beta crystalline salt form (imatinib mesylate) of the free base, imatinib.
However at that time India was not in a position to grant patent to pharmaceutical products and agrochemical products, In the year 2005 in compliance with the TRIPS agreement India thereon started to grant patents in pharmaceutical drugs. Parliament introduced a significant and important provision to prevent ever greening and granting of frivolous patents— section 3(d).
Subsequently the matter of Novartis was taken up by the patent controller, CPAA and other generic companies filed pre-grant oppositions against Novartis patent application for imatinib mesylate, claiming, among other things, that Novartis alleged “invention” lacked novelty, was obvious to a person skilled in the art, and that it was merely a “new form” of a “known substance” that did not enhance the substance’s efficacy, and was thus not patentable under section 3(d).