This independence day get a respite from your legal issues, from LexSpeak.

For promoting access to justice and facilitating legal awareness LexSpeak offers Free Legal aid on any issues concerning any matter pertaining to law. 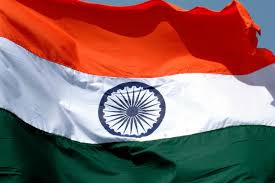 *This Free Legal Aid program is not an advertisement and is intended towards creating legal awareness among the people. 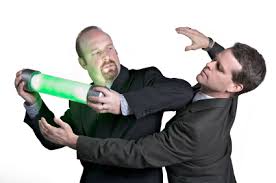 India having a vast IT sector with so many talented engineers using their software development techniques to build and innovate new software and driving the software Industry, Big companies like IBM, Google, Adobe, Samsung etc.  Having there outsourcing centers in India spend considerable amount of their budget in R&D section. There is so much competition in the market that relying on other innovation is now becoming a trend, importing technology from other research technical institution is driving the Industry, but what about the infringement.

Today software’s since being intangible is easier to steal and thus the efforts of true innovator got defeated, but how software infringement is protected and how a legal framework for a valid technology transfer can be implemented is a big question.

Indian Patent Act after its 2005 amendment in compliance with the trips agreement included products as patentable, so does that mean that software product by a company or Individual is patentable?

Well the answer is dependent upon the type of software, Since software are intangible products that means that they are not patentable prima facie, the protection of software products come under the copyright act, but copyright act protection is not enough as its very difficult to prove if somebody is using another software without license then how can one prove copyright infringement when that person is hiding its source code? Copyright is more suitable for literary works but software is more complex in its nature, A copied content from a literary work can be easily traced, But software code can be changed easily but its main functionality still be retained, so when a source code is copied and its functionality is known and it is changed keeping in view of its main functionality then copyright act is failed here.

So the question is not the source code we can protect under copyright act but can the main functionality be protected under patent act?

Now the main functionality comes under an Idea when this Idea is written it become an Algorithm, but in order that algorithm to become patentable it must solve or improve any Industrial application then it will become patentable, for example an Algorithm can be patentable if the implementation of that algorithm increases the speed of Internet by two times, If the implementation of the algorithm will enhance the digital image filtering and hence enhancing digital pictures is patentable Vicom/Computer-related invention [1987] 1 OJEPO 14 (T208/84), but algorithm merely involving mathematical operations is not patentable, The algorithm is patentable when it is linked with enhanced Industrial application.

In India the courts have not interpreted software patents but from the law it is clear that a software clubbed with hardware or an algorithm performing enhanced Industrial Application is patentable, the main Idea of patent is that it is for tangible things and if someone develops a software and by using that software some tangible innovation happens then that is patentable.