What is agreement to sale ?

Section 48 says that Where a person purports to create by transfer at different times rights in or over the same immovable property, and such rights cannot all exist or be exercised to their full extent together, each later created right shall, in the absence of a special contract or reservation binding the earlier transferees, be subject to the rights previously created. 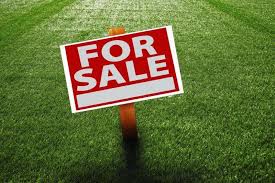 The essence of Section 48, says that the transfer of the property cannot be done of something more than what the person really has. To simplify this further, it means when with respect to one property documents of transfer of rights therein are executed at different points of time, then, earlier documents would prevail over later documents. Section 48 determines the priority when there are successive transfers. It provides that where a person purports to create by transfer at different times rights in or over the same immovable property, and such rights cannot all exist or be exercised to their fullest extent together, each later created right shall, in the absence of a special contract or reservation binding the earlier transferees, be subject to the rights previously created. Section 49 of the Registration Act provides that until the document is registered, it shall not affect any immovable property nor can the document be received in operation of the provisions of Sections 48 and 54 of the Transfer of Property Act and there would be compliance of provisions of Section 54 of the Transfer of Property Act as well as Section 49 of the Indian Registration Act.

However, the Madras High Court in Duraiswami Reddi v. Angappa Reddy held that the prior transferee would be entitled to enforce his rights though his document is registered later and even if the subsequent transferee entered into transactions bona fide without knowledge of the first transaction. It was held that this result was implicit and was a direct consequence of the combined operation of Section 47 of the Registration Act and Section 48 of the Transfer of Property Act. It is also observed that the right of priority of the first transferee would be postponed only if the later transferee establishes any informative circumstances like fraud, estoppels or gross negligence.

In Chouth Mal v. Hira Lal, an agreement to sell land in favour of one defendant was executed on 17th January, 1932. The sale-deed was executed in defendant’s favour on 5th May, 1932. But in the meanwhile owners executed an usufructuary mortgage of the same land in the plaintiff’s favour on 20th February, 1932. It was held that the mortgage must have its due effect as against the subsequent sale.Once it is accepted that the parties really intended to convey the suit properties and possession of the said properties was in fact delivered to the conveyee in pursuance of the said conveyance, the mere omission of the plot numbers in the sale-deed is not of any consequence.

Mere registration does not convey the title to a purchaser.A transfer operates from the date of execution of the deed, although it may have been registered at a later date. Registration is not a formality which creates any rights. It is prima facie proof of intention to transfer the title. It is no proof of operative transfer. Customarily, the sale deed which was registered first has to prevail in the matter of conveyance of title over others.The title under sale deed passes on the date of execution of the sale deed, even if the registration of the sale deed is completed on later date, it must relate back to the date of sale.Therefore, an agreement to sell executed prior to date of attachment of judgment, but registered thereafter, would prevail over such attachment.

Therefore, According to Section 48, the transferor cannot prejudice the rights of the transferee by any subsequent dealing with the property. This self-evident proposition is expressed in the equitable maxim qui prior est tempore prior est jure.